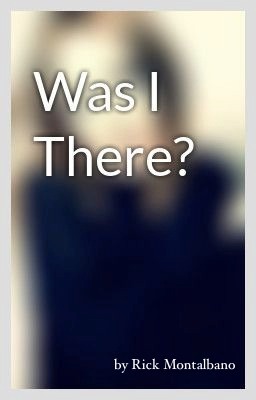 I was born in 1949 and very fortunate to grow up in a time when live music was flourishing. I started playing at 11. My first teacher, John Jaski, sent me on gigs when I was 13. The idea that people would pay me to do what I loved to do seemed a little backwards I guess. I thought a job was something you were forced to do and not supposed to enjoy.

So I started earning money at a young age and getting exactly the kind of education I wanted from smart, funny, talented musicians. I loved hanging out with them. The life style suited me. It’s probably not necessary to say at that once I started playing and making money, I stopped paying attention to school. After all, there was music to be made and fun to be had. That’s the way my life was and is.

What a blessing to have all these wonderful musicians and mentors right here. There was Jack Palmer, Dolores and Sammy Mancuso, Sal Amico, JR Montrose, Nick Brignola, Sal Nistico, Jimmy Wormworth and Chick Esposito. On and on the list goes. I played dance gigs early on with Johnny Salerno, Sal Alberico, Billy Bartell, Paulie Gentile & Vinnie Petrucci. I accompanied variety shows put on by The Rhythm-Lites, a group of young singers and dancers – a real throw back to Vaudeville style shows. It was all invaluable experience. The kind of training you can’t get in a school, a book or a lesson room.

Trumpeter Jack Palmer moved back to Rome from New York City in the 60s and took me under his wing. That was some big wing. I learned so much from him. Not only about music, but about life and about the music business. How to conduct yourself around people, how to be professional. Years later playing in New York and Las Vegas, I learned first hand just how far his influence spread. Jack gave me a long list of tunes and said: “learn these and you can play anywhere in the world.” He was one of the brightest and funniest people I’d ever met. My experiences with him alone could fill a book.

One of the highlights of that time was a long stint at a club called Birdland, located in the old Baggs Square area of Utica and owned by Dick Frank. It was jazz organ club inspired by Birdland of New York. The house Hammond B-3 was tweaked over the years by some killing organists and sounded like none I’ve played since. I played there for a year with one of the jazz world’s great saxophonists, a cult hero and kind soulful genius named Tina Brooks. In those days there was a circuit of soul/jazz organ clubs around the country affectionately called The Chitlin’ Circuit. This was Utica’s contribution to that most incredible music scene.

I didn’t get through the 60s unscathed by the Rock scene. My friends, the Del Vecchio brothers came back to Rome one day and coaxed me into their road band. If by coaxed you mean kidnapped. What followed was a crazy blur of 5 guys, a van with all of their belongings and instruments traveling up and down the East Coast and out into Middle America playing some of the greatest and most God-awful gigs ever. I played the Hammond B-3. Bennie DiCastro let me borrow his club’s organ until I earned enough to buy my own in 1968. That instrument followed me all over the country. It was dropped down stairs, pushed off the back of trucks, poked, prodded, burned, stabbed, used for transporting contraband…and still it lives on.

My last encounter with the group was in mid august 1969, when they pulled up to my house one Friday morning in the van, insisting that we were all driving down to the Catskills to attend some rock concert on a farm. I happen to suffer from a terrible fear of crowds so I decided not to go and that fear helped me finally make the decision that jazz was the right field for me.

From there, my next stop was a band called Fuel. Vinnie Esposito, Dave and Dean Blask, Sammy Oliva, Carmen Caramonica…a nice Jazz/Rock/Fusion horn band. I started composing and arranging in that band and that’s continued to be a joy in my life.

Throughout all those early days, I also worked in radio at WRNY and WTLB, doing a typical disc jockey show, plus news and sports and engineering and also terrorizing the other guys on the air. This all helped fill up the well of tunes that I’ve accumulated over the years

Next up was my gig with the great R&B/Soul Singer Lou Rawls. I played piano and organ and eventually conducted for Lou. We were on the road full time, playing Las Vegas, New York, LA and everywhere in between. Some really good musicians passed through that band including Jaco Pastorious and Don Alias. Both became life long friends and mentors.

During those years, I married Jill Wrege, eventually moved back to Rome and raised a family. i initially considered changing my name to Ricky Wrege…still might.

That brings us to the 80s, the era of 1,000 weddings. Al Serway, Scott Rutledge and I had a great 10+ years of nonstop weddings, banquets and parties in a band called Ovation. That band, those guys and their great talent kept my family afloat for a long time and I will ever be grateful to them. Al and I also started The Music Factory recording studio during that time. In those days, people still recorded on tape, listened to records and had to learn how to play before they went into a recording studio.

Late in the 80s, I began teaching jazz piano at Colgate University, Hamilton College and Syracuse University. I’m still there and have had a lot of gifted young piano students over the years. They have been an inspiration and a challenge and I usually end up learning as much they do.

A short list of some of the jazz musicians I’ve played with over the years:

I am currently assistant music director of the Central New York Jazz Orchestra, a big band that brings in top jazz musicians and vocalists throughout the year and affords me a great opportunity for composing and arranging. I’ve also been fortunate to often perform and record with The Syracuse Symphony.

These days I’m involved in a weekly Wednesday night jazz gig at Pastabilities in Syracuse, with long time musical partner Jimmy Johns on vibes and my pal John Rohde on saxophone. My son Rick joins us on drums when he’s in town and a great group of young jazz players, including Tom Bronzetti on guitar and Andrew Carroll on piano, are regulars.

This is also my 22nd year playing solo piano at The Savoy. I grew up right behind the Savoy on the Mohawk River and started working there when I was just a kid. The Destito family has been a great part of my life. They’ve been big supporters of live music for many years. I’m proud to say I was and to some degree still am part of a select group called The Termites. To be a termite you had to have grown up directly behind the Savoy in the endless sunny days of the mid 50’s, as Uncle Pat Destito used to say, “On the bayous of the Mohawk.” You were part of a lucky group of neighborhood kids who hung out at this extraordinary place called The Savoy. It was a society scene right out of Hollywood and Vanity Fair. Beautiful women and well-dressed men, dining, drinking, laughing and singing the nights away. Uncle Pat holding court, Rosie cracking everyone up, Orrie singing songs and breaking guitars, Milt Munn at the piano, Joe Peraino on the floor, Fanny, Ang and Martha in the kitchen, along with the Grand Matriarch-Grandma Destito. When I say hanging out, I mean running all kinds of errands, sweeping and mopping floors, grinding cheese, scraping the grill, shoveling snow and whatever else Razz told us to do. He was king and we obeyed. But what a benevolent ruler. While we worked, we laughed and when the work was done, we ate. Sometimes during those endless summers, we were invited to the weekly Destito picnic at Caroga Lake…swimming, bumper cars, singing, and of course the food. The termites laughed a lot in those days. At each other mostly, but especially at the quick wit of Razz, Uncle Pat and Orrie. They were celebrities to us. Almost everyone who was around during those times has incredible stories and I hope to someday put together a book of all the rich, poignant and hilarious vignettes that make up the Savoy folklore. I have wonderful memories of those happy days and a few stories of my own. I’ve traveled quite a long way since then and I’m glad to say I’ve ended up right back where I started.

I‘m blessed with a beautiful family. I’m the last of 7 kids. My family consists of Mickey and Milt, Phil and Judy, Nick and Laverne, Anthony and Louise, Mary Jane and George and Kathleen, hundreds of cousins, nieces and nephews, children and grandchildren.They are all talented and musical, kind and generous and they somehow manage to put up with me. Jill and I have a son Rick who ended up being a marvelous musician. He is married to a beautiful and gifted singer named Jane Monheit. They play music all over the world and have rewarded me with a fantastic grandson named Jack Newton Montalbano, who is a total joy. In addition, they let me play music with them sometimes.

So that’s pretty much it so far. I’m very happy to still be here playing music. As my friend and mentor JR Montrose used to say: “You’ve got to stay interested.” I am definitely interested.

Through the years I’ve had the amazing good fortune to play in just about every conceivable situation with some truly great musicians. I’ve travelled a lot, but Rome, NY has always been home. People often ask if I’ve lived here all of my life.

I respond with “not yet.”

Well, I guess I just wrote my own obit, which is important because you never know who’s going to write those things. They may not even know you.

It’s been an interesting life and with any luck it will continue.